Do you ever feel torn two ways?

It’s like how I don’t want to look at what’s inside the Tupperware at the back of the fridge.  But once I brave it, I’m so relieved to start the task and be done with the judgment lurking in shadowy containers behind the non-expired hummus and pimento cheese.  There’s no guilt in dumping rotten food, no matter how expensive it was when I got it.

After all, black spotted tomato soup is obviously trash not treat, regardless of when it was stored. There’s no need to remember whether or not it was supper last week or two weeks before. If you’re like me, sometimes the ooze in the container-turned-petri dish is so disgusting, even the Tupperware has to go. Can I get a witness? 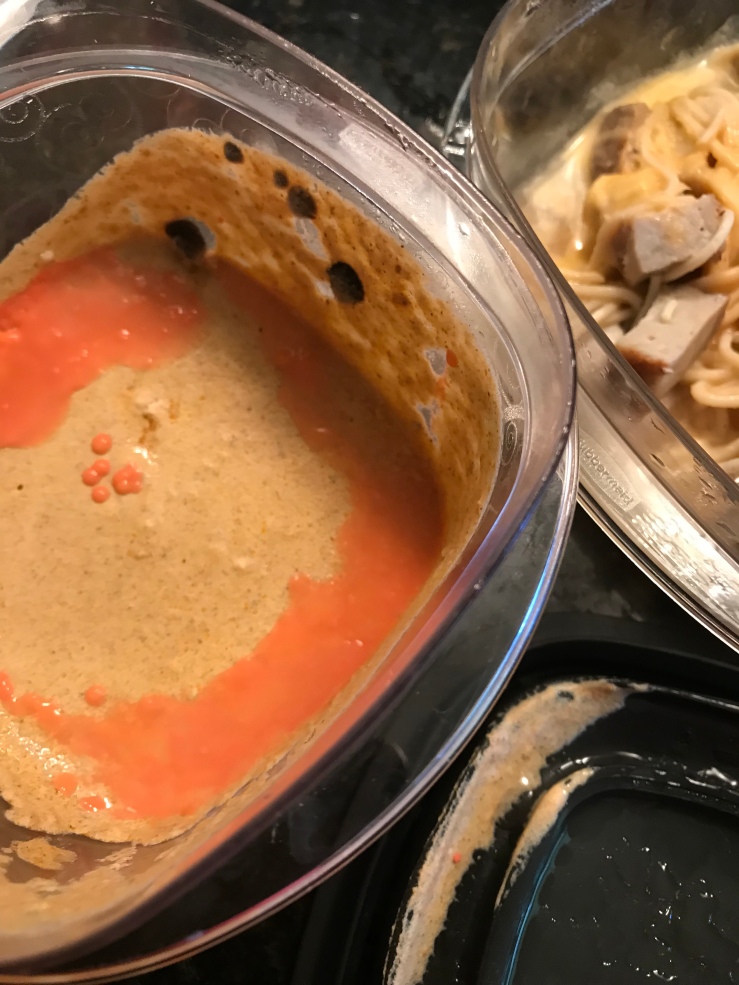 How wonderful it is to have this task handed over to my daughter who is visiting from North Carolina and asks how she can help. Even better than the freedom that your own guilt-free dumping gives, the freedom of someone else doing it for you, not involving your own nose and eyes and hands, is even better.

Something buzzes in my brain, pulsing along an internal lightbulb circuit, and I realize, ske-doosh, this is just what Jesus does for me in the Tupperware-turned-petri-dishes of my soul.  Lurking behind the helpful task I did for a neighbor and the love I have for my grandbabies, there’s real bitterness with a certain someone.  Envy of a younger, hipper, thinner someone else.  And comparison of myself with another person; so judgey am I, in fact, that I actually congratulate myself on the win.  Oh. Shit.

Seeing just this much—since I’m not looking any further—is enough to make me turn to the One who already sees and knows.  “Yes, I see it. Stinky. Scour me, Jesus.”  And while I don’t like looking inside and naming what I see, it’s also a relief to tell the truth about it and trust him to do the dirty work. I can’t change me. But he can. Relief comes like a guilt-free Sunday at home.  Like handing off the furry fridge to Sadie.

I sometimes wonder why he doesn’t just dump my petri dishes and be done with them, quick and clean. In my experience, his clean-up can be mind-numbingly s  l  o  o  o  o  o w.  He tinkers. He moseys. In no hurry whatsoever, he soaks and scrapes and scrubs.  He never just dumps, and he even saves the containers.  I kind of think he gets a kick out of transforming them into something better.

Rather than removing the bitter relationship completely, he pulls the bad roots out one at a time, over years, not moments, so that by the time he’s done, I don’t remember how it started; I only know that the bitterness is gone.  Rather than smiting my envy, the Two-Dimensional-Threat starts seeking me out. Before I know it, I have a new friend, and we’re meeting over tea once a month.  And the “loser” I was better than, helped me the last time I ran out of gas on an isolated stretch of road to my house, a big bite of humble pie along with roadside service.

It’s such slow work, but it’s good work, work that I’m unable to do myself, but work I’m glad I get to participate in. I can at least agree with him that it needs doing. And I can look into his “Mirror, Mirror-on-the-wall” that tells me who’s not the kindest or most loving one-of-all. It is both sobering and exhilerating to read God’s words in the Bible and to feel them work inside me.

I’ve read the Bible as a chore off-and-on most of my life, but something happened a few years ago, and now I don’t just read the Bible. It reads me.  I think it’s alive.  It digs down deep and exposes me to me, like a mole burrowing beneath the Bermuda, looking for grubs.  Sometimes it convicts, sometimes it comforts, but always it helps and heals and speaks love to me, just like he does. Which makes sense, when you think about it.  These are his words, after all, from his heart to mine.  Why wouldn’t they move me like he does?

I’ve started writing down what seems highlighted, those words that jump at me, right off the page. And sometimes, I write my own words, like we’re cosmic pen-pals, writing love notes back and forth across the Milky Way and into my favorite spot on the sofa. It’s kind of exciting, to tell you the truth. I’ve got words written out just for me from the God of the Universe, who pushed up the mountains and flung the stars into place. And I get to write him back about what matters most to me.

I’ve stopped falling asleep while I read the Bible. And more, since I’ve been journaling these notes, I’ve been awakened in the wee hours morning after morning. It happens so predictably now, I no longer set an alarm. While I used to hit snooze as a regular morning ritual, getting up has become my favorite part of the day.  And that, without coffee.  (I’m afraid I’m losing my credibility now.)

I used to think the story of young Samuel, being awakened from sleep by God calling him in the middle of the night, to be a nice Bible story for children.  Look at how God used to speak to people long ago, I thought.  Look how safe and sanctified a place the temple was for Samuel to be raised in. Samuel probably sang hymns all day. What a saint! Look how self sacrificing his mother, Hannah, was to dedicate him. Such faith! Look what a great priest Eli was to advise him about how to talk to God.  Such a mentor! Such a nice, distant story, full of heroes of faith.  It fairly creaked as the dust shifted and settled on it.

But no. Samuel was just like any kid; he threw balls against the wall of the temple, had a dog.  Hannah was the tormented second wife of her polygamist husband, who made a promise to God when she was childless and desperate, and gave him her first babe. Samuel was raised by Eli, who had already raised two sons who turned out badly. Eli was no great father figure or super-star-prophet-maker.

But there was a Superstar in the story. God has always been the One, ever since creation, who sought relationship with his people. And ever since those people insisted they didn’t want that relationship, he’s been seeking them still. Since ancient times, he’s been saying “I love you” to a world that has mostly not listened. Or cared.

Samuel listened.  The beauty of this story for me is how disarming it is to my adult ears, that God Almighty came to speak to a child, not Eli, the priest.  And that a child said back to him, “Speak, Lord, for your servant listens.” I want to think, how quaint, how innocent, how other-time-and-place that was.

But then I remember. God hasn’t changed.  He’s still who he’s always been, and he still wants a relationship with his people.  And he’s not looking for the beautiful people. Or the powerful people. He’s looking for a child who will listen. For ordinary, stupid sheep, for goodness’ sake. Wasn’t it Jesus who said, “My sheep hear my voice and follow me”?

God’s true people have never been churchy types. Most of the Bible stories I’ve read are about adulterers, murderers, whores, loners, liars, wanderers, thieves, scaredy cats, addicts—you get the idea. They were broken people, not perfect people, who happened to meet up with God. The focus has never been on being like them.  It has always been on the greatness of him, the One who loves them in spite of their brokenness, who loves them enough to spill his own blood to have them near, and who empowers them by his Spirit to do great things.

I am an ordinary person, just like anyone else. I do and say stupid stuff sometimes, just like you do. Is it possible that God is waking me up to chat with him in the early morning?  To read and write notes from and to him? When I think about what little I know of God’s dealings through history with people on this planet, I think, well, as far as I can tell, he never chose the likely person. But when he woke up Samuel, he chose the willing person.

So why not me?

And why not you?

This is something for anyone who is willing. And can bleat.

“For the word of God is alive and active.  Sharper than any double-edged sword, it penetrates even to dividing soul and spirit, joints and marrow; it judges the thoughts and attitudes of the heart.”

To look into that Magic Mirror, and to turn and hand off the mess I find there, and to feel clean again. Well, that is the best reset button for joy I know. And to be awakened for an intimate experience with the God who made me? Well, that is joy inexpressible. One thing’s for sure:  it gets me up in the morning.

Bring your dishes to him, 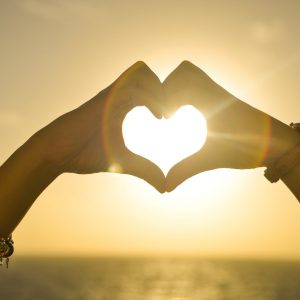 and have joy at dawn.

Eve, for the Team

The story of Samuel can be found in I Samuel 1.

(This is one of a series of emails written to the women’s Bible study group at Rock Creek Fellowship.)

Wife, mother, grandmother, gardener, and writer, I am most thankful to be a child of God. View all posts by Eve DeBardeleben Roebuck